CricScout
HomeNewsAfter Rohit's century, the game was extended by 171 runs for England.
News

After Rohit’s century, the game was extended by 171 runs for England. 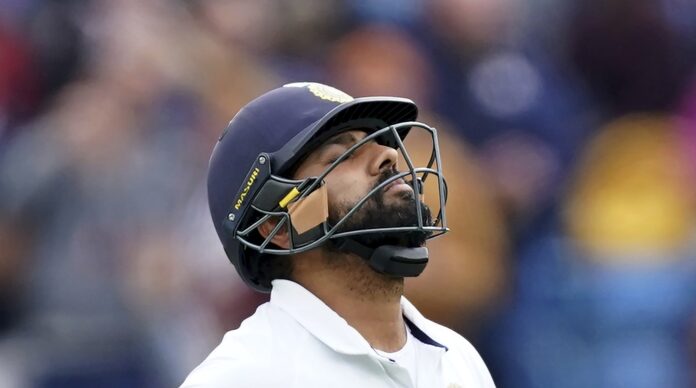 During the fourth match of the ongoing Test match between “India vs England”, India stopped playing after 270 runs due to bad light, which will restart later. India scored 270 for 3 wickets, Cheteshwar Pujara and Rohit Sharma put together an excellent partnership of 61 and 127 runs respectively.

Virat Kohli and Ravindra Jadeja will resume the remaining match from the next day’s innings.

In the same, Rohit Sharma hit a six off the ball of Moeen Ali to score his first Test century outside India. Due to which his century was completed, completing a century on a six was a very good move. For which the audience appreciated Rohit Sharma a lot.

With this, now the rest of the match will start the next day, in which very good performance is being expected from India. In the “India vs England” match being held at The Oval, England’s bowling was very commendable, in which all the Indian batsmen seemed tied, but in spite of this Rohit Sharma, KL Rahul and Cheteshwar Pujara performed very well.

80,000 Fans will come in the Ashes Test series held on Boxing Day.

80,000 Fans will come in the Ashes Test series held on Boxing Day.

Match Prediction: Who will win the high Voltage match between India vs Pak in T20 World Cup 2021