The contribution of a healthy body is the highest in the game of cricket. A fit player not only scores run but also saves runs. Along with this, it is also necessary for a player to be fit to catch the catch to get the players out. That is why for today we will tell you about the top 10 fittest cricketers.

Virat Kohli is the former captain and current player of the Indian cricket team. His age is 34 years old today. He is 5 feet 9 inches tall and a right-handed batsman. His fitness is discussed all over the world. He has scored 7,962 runs in his Test matches and 12,885 runs in ODIs. He has scored 10,211 runs in first-class matches.

David Warner is a former captain and player of the Australia cricket team. Their age is 35 years. And even at the age of 35, this player is very fit. He is a left-handed batsman. And their height is 170 cm. He has scored 7584 runs in 91 test match matches in his cricket career and has scored 2,554 runs in T20 matches and 5,455 runs in ODI matches. Apart from this, he has scored 10,063 runs in first-class matches.

Pat Cummins is the captain of the Australia cricket team and is a very good test cricket player. His age is 28 years old today, and he is a very fit player. He has played 38 Test matches so far in his career, in which he has scored 780 runs. Played 69 ODI matches in which 285 runs have been scored. And he has played 39 T20 matches in which he has scored 68 runs.

Andre Dwayne Russell was born in Jamaica, is a player of the West Indies cricket team. and is 33 years old. His height is 6 feet 1 inch. And he is a very good bowler and batsman. He is always in the limelight due to his fitness, and he has so far scored 1,034 runs in 56 ODI matches, 741 runs in T20 International matches. Apart from this, he has scored 1,253 runs in List A cricket and 6501 runs in T20 matches.

Hardik Himanshu Pandya is a player of the Indian cricket team and is a very explosive batsman. He has been in the news due to his fitness. And is one of the best and fittest players in the whole world. His age is 28 years old today, and he was born in Gujarat. He has scored 532 runs in 11 test matches so far. Also, he has scored 1,267 runs in 62 ODIs and 484 runs in 49 T20Is.

Faf du Plessis is a player of the South Africa cricket team today and has also been a former captain. Today his age is 37 years old. And he is counted among the fittest players in the world. He is also a very good batsman and bowler. He has so far scored 4,163 runs in Test matches, besides 5,507 runs in ODI matches, 1,528 runs in Twenty20 matches, and 8798 runs in First-Class matches.

Glenn Maxwell is a star player on the Australia cricket team. And he has made a name for himself in the world of cricket-based on his batting and fitness. His age is 33 years old today, and he has played 7 Test matches in his cricket career, in which he has scored 340 runs. He has scored 3230 runs in 116 ODI matches, 1253 runs in 33 T20 International matches, 4,061 runs in 67 First-Class cricket.

Jonny Bairstow is a player on the England cricket team. And because of his fitness, he looks very young even today. He is 32 years old and has made a name for himself in the world of cricket with his batting and wicket-keeping skills. Apart from this, he has scored 4,575 runs in 80 Test matches so far in his cricket career. He has scored 3,498 runs in 89 ODI matches, scored 1,190 runs in 63 T20 Internationals, and scored 12,223 runs in 193 first-class crickets.

All these players are the top 10 fittest players in the world, who have been in the most discussion due to their batting as well as their fitness. And he has been getting some big awards regarding fitness. 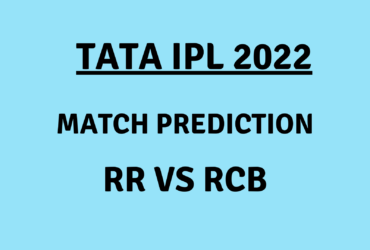