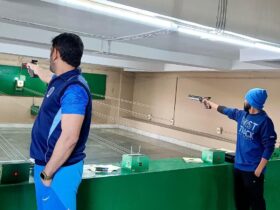 A lot of news related to Suresh Raina can be seen on the internet today. Suresh Raina was the superstar of the Indian cricket team, and he was also recognized as the fourth-highest run-scorer in the IPL. And he had scored 5528 runs in his last played 205 matches. By doing this he had won everyone’s heart. And because of this, his initial price in IPL started from 2 crores.

But the shock came when no IPL franchise bought such a handsome player. Suresh Raina has also said about this that, we have given our whole life to cricket. And still, we have a lot of cricket left in us.

That is why the management or the selectors who organize the cricket tournament should pay attention to the fact that we have given our life to cricket, so our life should not be played with. But cricket is big, and we have enough cricket left in us, with us we will do something very good.

On top of this, former New Zealand cricket team player and brilliant batsman Simon Daull said that Suresh Raina has cheated Mahendra Singh Dhoni. And he also cheated Chennai Super Kings. In the meantime, he mentioned the IPL tournament played inside the UAE in 2020.

Simon Doull further said that there could be two or three reasons why Suresh Raina was left unsold in the IPL, one of which is that Suresh Raina betrayed the team when the team needed him the most. He told that in 2020 when Chennai Super Kings was performing very well, Suresh Raina left the team in the middle of the personal region and went to his home.

On top of this, some things also came to the fore that he has had some quarrels with the team management. Because of this, the team management was also not very happy with him. Soon after, Chennai Super Kings failed to win the IPL tournament of 2020, and thus Chennai Super Kings captain Mahendra Singh Dhoni was betrayed by Suresh Raina and committed infidelity with them.

Suresh Raina was a very big batsman on the Indian cricket team and was a big player. Suresh Raina is a Kashmiri Pandit who lives in the Rainawari area of Srinagar. And today Suresh Raina lives in Ghaziabad, Uttar Pradesh. And he also has an elder brother named Dinesh Raina,

Suresh Raina started playing for India in 2005, and in 2018 he announced his retirement along with Mahendra Singh Dhoni.