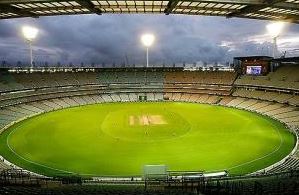 ICC T20 World Cup 2022 will be organized in 7 major cities of Australia and Choose MCG For Final.

Information about Both Teams

In this tournament, where the 52nd match of the Big Bash League between Sydney Sixers vs Adelaide Strikers is going to be held, Adelaide Strikers have won their last three matches in a very spectacular way. And that’s why he sits in the fourth position in the points table, and he has been given 24 points.

Sydney Sixers have won their last two matches against Sydney Thunder and Melbourne Renegades. They have won eight matches out of their last 11 matches and lost three matches. Because of this, he has got 31 points. And it is sitting in second place in the point table.

This match is mainly a good pitch for the batsmen but in the last three matches played here the bowlers have done very well. So, whichever team will bat first, it will be a very difficult time for them.

As the best batsman, the first name will come from Jonathan Wells, who has scored more than 382 runs in his last 13 matches.

And the second name will come of Daniel Hughes who had scored 66 runs in 48 balls in his last played matches. And in total 186 runs have been made in this tournament.

Peter Siddle is the very best bowler in this tournament, who has taken 21 wickets in the last 13 matches.

And the second name will come of this team, has got 10 wickets in its last 6 matches.