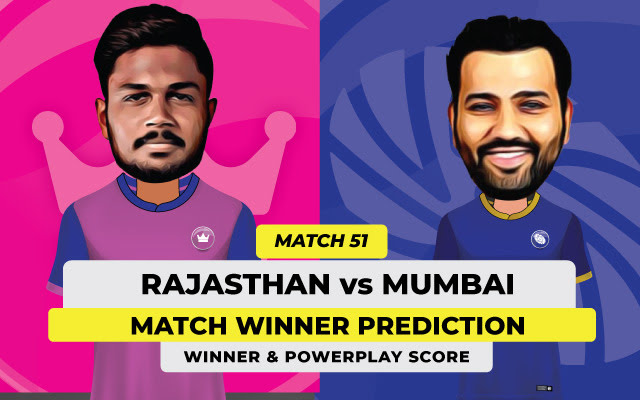 IPL 2021 Match Prediction: Who will win the 51st match between RR vs MI.

The England Cricket Board issued a release on Monday saying that, Moeen Ali, who is England’s all-rounder cricket player, has announced his retirement. Moeen Ali is currently playing in the Indian Premier League and is playing for the Chennai Super Kings franchise.

34-year-old Moeen Ali has announced his retirement from Test cricket. He said that he feels successful in all formats of cricket. And he takes great pleasure in playing cricket, but sometimes the intensity of Test cricket becomes very high, which is a bit difficult to handle at this age.

Moeen Ali has played 64 Test matches for England so far in which he has scored 2214 runs. And if we talk about the average, then about 28.29 runs have been scored in every match. Left-handed batsman Moeen Ali has so far scored 5 centuries and 14 half-centuries in Test cricket.

If we talk about the bowling skills of Moeen Ali, then Moeen Ali has so far taken 195 Test wickets from his left arm spinner, and he has taken the maximum 6 Test wickets in a match.

Moeen Ali thanked his coach for supporting his captain and his family in his Test career.

He said that “I hope my captain would have liked the kind of game I played. For me, my parents are first. I know I would not have been able to do without their support. I will always be proud of my parents for all the games I have played and wherever I have been till date. I hope he will be proud of me too.”

Moeen Ali was seen getting very emotional about his retirement where he thanked his former captains and his former coach and thanked all those who helped him when no one was with him and he was not a big player.

Moeen Ali’s cricket career has been very good. He has proved to be a very good all rounder and he has the ability to handle the match very well under pressure.