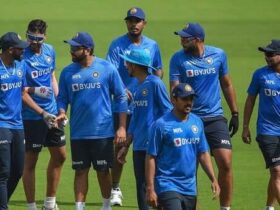 The new jersey of Team India was launched by the BCCI on Wednesday. This jersey will be worn by Team India in the ICC T20 World Cup 202121, and this jersey has also been given a name which was called “Billion Cheers Jersey”. It means, “Duas of crores of people”.

ICC T20 World Cup is going to start soon. It will start from October 17 and when the Indian cricket team takes part in this tournament, it will take part wearing this jersey. A short time back the BCCI had created a lot of excitement about this jersey where the BCCI asked the fans to think about the color of the jersey, “What do you think? What will be the color of the jersey?”

And recently, BCCI has made a tweet from its official Twitter handle, in which it has been told that “New Jersey for Team India’s World Cup has been shown on Burj Khalifa and it is a Historic Moment”.

The BCCI also added a video below its tweet, showing that the new jersey of the Indian cricket team is being shown on the Burj Khalifa.

This jersey was launched and sponsored by MPL Sports.

The video clip that BCCI had put up with its tweet has got more than one lakh views and it has been only a few hours that it was uploaded. This tweet was done on October 14 at 1:18 pm.

The photo of the new jersey uploaded in this video was called “Billion Cheers Jersey”.

Many people retweeted and commented on the tweet made by BCCI. This clearly shows that there is a lot of enthusiasm among the people about the new jersey, because such a jersey was seen in 1992, even at that time the jersey of Team India was painted in the same blue color for a short time.

Today everyone is very excited for the ICC T20 World Cup, because in this India’s first match is going to be with Pakistan and Indian fans want to know that by how many runs India will beat Pakistan?

The match of the final of IPL T20 2021 will end soon on 15 October. And right after that the ICC T20 World Cup 2021 will be started which will run till November.

For the ICC T20 world cup 2021 and after that, BCCI has made changes in the new jersey of Team India. And this time the jersey is looking classier.

And wherever the jersey is being told, there is talk of Team India winning the ICC T20 World Cup.

Today, Team India is engaged in completing the match of IPL T20 2021, in which many players from different countries are also present, but at this time all the other players have joined their team for their games, but on October 15, Chennai Super Kings and Kolkata The finals match between the Knight Riders will help in knowing which team will lift the IPL trophy.

But the new jersey of Team India shown on Burj Khalifa has increased the enthusiasm of the people and the fans of cricket. And the kind of anthem in the video attached to the tweet, Chaal Rath, was something to be proud of. 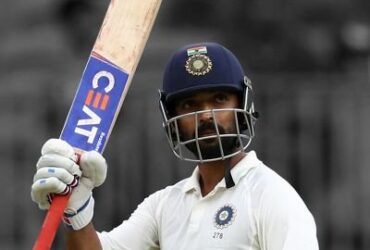 Ajinkya Rahane is one of the best batsmen on the ... 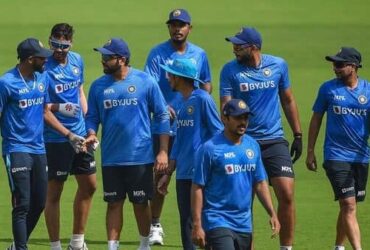 The first ODI match of India vs West Indies is ... 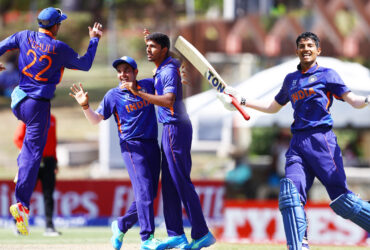 India Vs England ICC Under-19 World Cup Final: Who Will Win? Match prediction