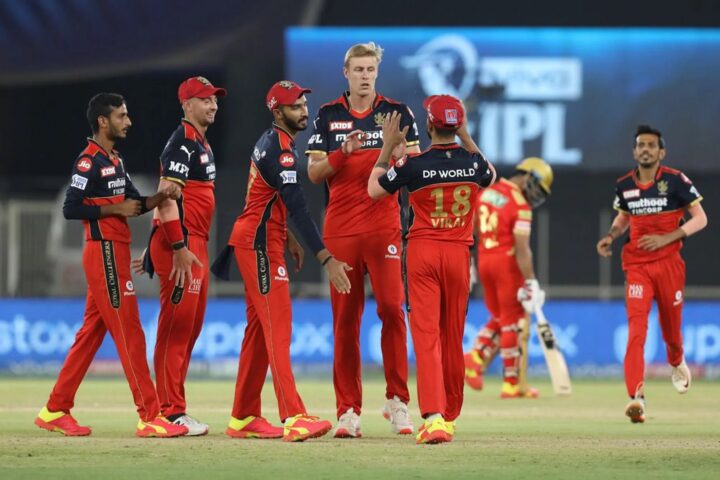 Royal Challengers Bangalore have qualified to the playoffs: IPL 2021

Today is the 41st match of the second leg of IPL T20 2021 between Kolkata Knight Riders and Delhi Capitals. Today we will tell you some reasons related to this match which will determine which team will win.

In today’s article, we will tell you 100% accurate match prediction and also the reason for the match related to it.

About the match and the Venue of the match

Today there is going to be a fight in the second phase of IPL T20 2021 and this fight is going to be held between Kolkata Knight Riders and Delhi Capitals on Tuesday, 28 September.

And this match will be held inside Sharjah Stadium and Sharjah Stadium is at Sharjah venue of United Arab Emirates. For today we will tell you which team Kolkata Knight Riders and Delhi Capitals can win today’s match.

If a team wins then what will be its result, if a team loses the match then why can it lose. What could be the reasons for that. For today, we will give you all the information while doing a deep analysis of it.

In the point’s table, which is in the team at the top three places, there are certain teams located in the places of the top three. They have booked their places for the playoffs and are very strong.

But the fourth place is still not that strong as no team has come out strong for it. Kolkata Knight Riders, Punjab Kings, Rajasthan Royals and Mumbai Indians will meet for the fourth place and will try to make this place their own.

Although it was not a huge defeat, Chennai Super King scored 171 runs in 20 overs and the players made their small contribution. Rahul Tripathi scored the highest runs, he scored 45 runs in 33 balls, in which he hit 4 fours and a six.

Dinesh Karthik and Nitish Rana scored 26 and 37 runs respectively. Dinesh Karthik played only 11 balls where he hit 3 fours and 1 six. We should not hesitate to say that Kolkata Knight Riders lost their match with Chennai Super Kings because of their bowlers, because their bowlers had given 171 and their batsmen failed to chase 172 runs.

He defeated Rajasthan Royals by a massive 33 runs in his just last match, which is a big deal for a T20 match. His batting performance was good but not very good either.

Delhi Capitals could have scored more runs in their very first match but they did not. The highest run scorer in the last match, he scored 42 runs in just 32 balls, for this he hit one four and two sixes, after which Shemron Hetmyer scored 28 runs.

Rishabh Pant was able to score 24 runs. If we talk about the bowling department of Delhi Capitals, then it was very good. He defended his target of 155 runs well and completed 20 overs of the front team on 121 runs. Enrich Nortje took the most wickets.

He took 4 wickets in one of his matches. In which he gave only 18 runs. Avesh Khan, Ravichandran Ashwin, Kagiso Rabada and Axar Patel all took a wicket each.

Comparative study of both the matches

Comparative study of last 5 matches of both the teams

Who will win today’s match