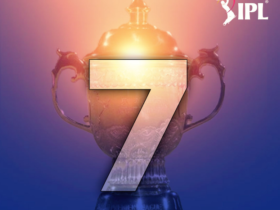 In 2011 also 10 teams were formed like the IPL of 2022. And at that time also two virtual groups were created to play. At that time two new teams named Kochi Tuskers Kerala Squad and Deccan Chargers were added & this time Gujarat Titans and Lucknow Supergiants have been added. And for these also two new virtual groups have been created.

For IPL, BCCI has confirmed that when IPL 2022 tournament is played, it will play in two different forms in the team. In each group, 5 teams will be included. With this, the team that wins the most IPL will lead each team. That is, these two groups will be seen leading the five-time IPL winner Mumbai Indians along with the four-time IPL trophy winner Chennai Super Kings. That is, Rohit Sharma and Mahendra Singh Dhoni will be seen leading Group A and Group B.

This was last seen in 2011. At that time two new teams were added to the IPL, in which the team of Kerala and Deccan Chargers was added, at that time also 2 virtual teams were created in the same way.

With this, the BCCI has also fixed the date for the start of IPL 2022. It will be played from 26 March to 29 May. And overall those four grounds have been earmarked for this, which is located in Maharashtra itself. Out of the four grounds, three grounds are in Mumbai and one is in Milan.

The tournament of IPL 2022 will start from 26 March, as the ongoing Test series between India vs Sri Lanka will end on 25 March, although it is believed that whenever a tournament is to be started, at least No tournament played till 2 weeks ago it should be known. That is if you have played a tournament, then the tournament can be started only after 14 days. But this time no such rules have been followed. And this time Kovid-19 was 50 percent stadium capacity will be filled with people.

The schedule of all the matches of IPL 2022 will be announced soon. And this announcement will be made by the host broadcaster Star Sports.

Firstly in Group B, Chennai Super Kings Placed at 1st.  After that Sunrisers Hyderabad is followed by Royal Challengers Bangalore. After this comes the name of Punjab Kings and finally Gujarat Titans. Both the two new teams have been placed at the end of both the groups.