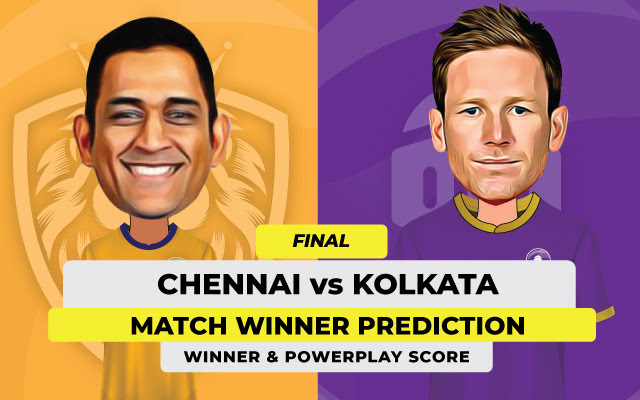 Match Prediction: Who will win the IPL 2021 final between CSK vs KKR

The new format of IPL 2022 has been released on Friday. In this format, two virtual groups will be formed, in which five teams will be included in each group. Each team will play 14 league matches. Altogether 70 matches will be played in the IPL 2022 tournament.

The mega auction of IPL 2012 has just ended. And a lot of players have been involved in this. And in total ₹551 crores was spent on IPL auction 2022. With this, the format of IPL 2022 has been launched this time. This format is quite simple, and there are no errors of any kind.

Group 1 will be comprised of Kolkata Knight Riders, Rajasthan Royals, Lucknow Supergiants, and Delhi Capitals, who will be led by Mumbai Indians, and Group B will include Sunrisers Hyderabad, Royal Challengers Bangalore, Gujarat Titans, and Punjab Kings, which will be led by Chennai Super Kings.

That is, we can understand it with an example that if Mumbai Indian has to play a match, then it will play with the other four teams of A group 1. And with a team from Group B, she will play the match.

It is also being said that the format used in the year 2011 is being used this time. Because for the first time in the IPL in 2011, 10 teams came together, in which Gujarat Lions and Deccan Chargers were also included. And the same match was organized by all those teams, where 10 teams were divided into two temporary groups.

The date of IPL 2022 matches has also been released today. These matches will be played from 26 March to 29 May and when India’s home Test series which is going on with Sri Lanka ends, then IPL will start immediately after that.

This means that the organizers of the IPL did not pay any attention to the RM Lodha Committee Recommendation. In which it has been specifically told that it is necessary to have a gap of at least two weeks between the end and the beginning of any tournament.

The RM Lodha Committee has said that if any international or national tournament is played in India, then it is necessary to wait for at least 2 weeks to play the tournament after that. But this thing has been completely denied. IPL will be started as soon as the test match is over. The Test match will end on 25 March and IPL will start from 26 March and will be played till 29 May.