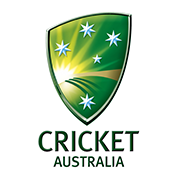 Cricket Australia gets Police help after leak of Confidential report.

On 21 February 2022, that incident happened, where  Wriddhiman Saha received a threat from an alleged journalist who told him that he will remember that insult and he should have to do that. Wriddhiman Saha released the screenshot of that threat on his KOO, Twitter, and Instagram applications.

In the first message of that screenshot, it is written that I want to interview you.

Then in the next message, it is written that it will be very good.

After that, the message was written that I want to work on this matter democratically. I won’t ask after that.

After that, the threatening journalist wrote in the next message that, he has chosen only one wicketkeeper who is the best. But you have selected 11 generalists for yourself, which is not good in my view. You should choose the one which is best and can help you.

After this, threatening messages start coming and it is said in it that you did not call me. Now I will never interview you. I never take insults lightly. I will remember this moment & you should not have to do this at all.

All this conversation took place on 20 February 2022, about which he has posted.

On this, Wriddhiman Saha while stating his reaction said that after contributing so much to Indian cricket, I have to bear all this, is it called a respected journalist? To what extent has journalism fallen?

Wriddhiman Saha is also a great batsman, and also a bowler. But this kind of behavior should never be tolerated with such great players playing in the Indian cricket tournament; Although Wriddhiman Saha has not given any information about this journalist.

Wriddhiman Saha, while giving his opinion on the KOO app later on Twitter, said that I was hurt by this and I felt bad. I thought I didn’t have to tolerate all this, and no one should tolerate this kind of behavior. And no one should allow himself to be harassed like this. I made this determination and I told people the extent to which journalism has fallen. I put the screenshot in the public domain but didn’t mention their name.

However, my nature is not at all such that I harass someone till the end of his career, or harm him. I am not revealing his name by thinking about the parents and family of that person. But if something like this happens to me again, then I will not sit silent and tell his name.

After this, in the next thread, he said that I want to thank all those people who have supported me at this time and tried to help me. I have respect for them.

Wriddhiman Saha, 37, came out and told about the threat he had endured because he did not agree to interview the journalist.