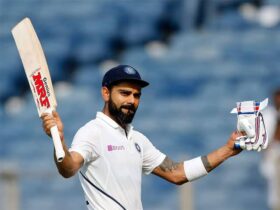 Namibia will also organize the 2027 ODI World Cup along with South Africa and the 2028 Olympic Games in Los Angeles has affected the ICC’s bid.

The Indian Cricket Board, also known as BCCI, has also been successful in winning some rights for itself. He will organize the 2026 T20 World Cup with the West Indies. Champions Trophy in 2029 and ODI World Cup in 2031 will be organized with Bangladesh.

In this way, the tax of about $200 has been saved for the BCCI, which the Indian government will no longer take from the BCCI.

All the organizers have won the title of being the organizer of this tournament through a competitive bidding process, this committee is headed by Martin Sneddon, who is the chairman of the New Zealand Cricket Board, besides Sourav Ganguly, who is the president of BCCI, and in addition Ricky It was being organized by all of Skerritt, who is the President of CWI.

BCCI also got an advantage from this that, in ICC tournaments organized by BCCI, BCCI has got tax exemption of up to 10% by the Indian government which is $ 200 million i.e. fifteen hundred crore rupees.

BCCI will organize three ICC tournaments in their country and through these three tournaments BCCI will also cover its 750 crore loss. BCCI has hosted the 2016 World Cup and has avoided hosting the 2023 World Cup, all the work should be done by BCCI in the next 3 ICC tournaments.

On this Sourav Ganguly and who is also the secretary of BCCI, they have said that it is very unfair to wish such a huge amount by BCCI due to no fault. Discount has to be given.