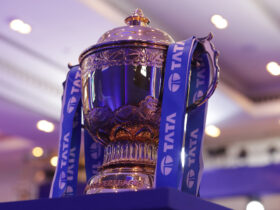 Today’s match Chennai Super Kings has won by 27 runs, and in today’s match Mahendra Singh Dhoni did not even get a chance to bat, but still the top order players took over the match completely and took the match by 192 runs.

If the contribution of Chennai Super King is seen in the final match of IPL T20 2021 between today’s Chennai Super King and Kolkata Knight Riders, then it was very incomparable. Because in today’s match, only four batsmen were playing for Chennai Super King and the most successful batsman among the four batsmen was Faf du Plessis, who scored a big score of 86 runs in 59 balls. For which he hit 3 big sixes and 7 big fours. After this, the biggest bowler was Moeen Ali, who scored 37 runs in 20 balls at a strike rate of 185 runs. For which he hit 3 sixes and 2 fours.

And by adding 6 extra runs, Chennai Super Kings made a score of 192 runs. And Kolkata Knight Riders needed 193 runs to win, which was very impossible to get a score like a mountain.

Talking about the bowling department of Chennai Super Kings, Shardul Thakur was the most successful, who took 3 wickets for 38 runs in 4 overs and then Josh Hazlewood and Ravindra Jadeja took two wickets each. And Bravo and Deepak Chahar took one wicket each.

Similarly, almost all the bowlers contributed from their side and all played very well and today won the IPL T20 2021 trophy in the name of Chennai Super Kings. Today’s trophy will be the fourth IPL in the career of Mahendra Singh Dhoni, which he has won.

About the contribution of Kolkata Knight Riders

Apart from this, all the other players like Shivam Mavi scored the highest runs where he scored 20 runs in 13 balls, for which he hit 2 sixes and a four.

After that, Lockie Ferguson scored 18 runs in 11 balls, for which he hit a four and a six.

After this, all the other players could not even cross the score of 10 runs and the whole team was reduced to 165 runs after losing 9 wickets.

Chennai Super Kings have set a new record by winning today’s match where they have won the title of the team that won the IPL trophy four times, and a lot is being said about Mahendra Singh Dhoni playing the next IPL. He may take retirement, but even if he does not take retirement, this fourth IPL trophy in his career will be written as a golden history and if he retires before IPL 2022, it will be said that He won his team in his last IPL T20 match. And as a great player, Mahendra Singh Dhoni will always be remembered.

Mahendra Singh Dhoni will play the role of mentor in the ICC T20 World Cup 2021 and he can be seen in the dressing room but he will not be seen as an active player.