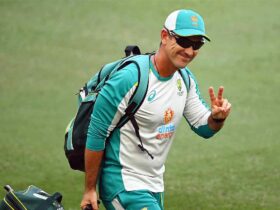 When Australia Verse has asked for information about the experienced batsman of Harmanpreet in the ODI match of India, Mithali Raj said that Harmanpreet has been out of the match because he completely failed to overcome his thumb injury. And he is not in the play state.

Harmanpreet has not played a single match in the series which has played all three days. The series of this one-day match won by Australia 2-1. In the same way, Harmanpreet has completely failed to overcome his thumb injury. Maybe Poonam Rawat or Yastika Bhatia should be given place at the place of Harmanpreet. It can come to play in the team instead of Harmanpreet. Mithali Raj handling a lot of stressed in this season without Harmanpreet.

Mithali Raj said during the virtual conference that our first season was tomorrow with the pink ball, but everyone was experienced according to their own. But we do not have experience with the pink ball, and as soon as the match moves forward, all the nervouss also become. We have played matches with pink ball for the first time. We’ve got a new experience.

Mithali Raj said that India needs to maintain its favorely balanced, and that is why he also decides in favor of this. In which Indian women bowlers showed their skills in the first season of Pink Gande, Mithali Raj was very pleased.

On this, Mithali Raj said that there are three bowlers in the ODI series, whose bowling is the most popular and we are also. Our bowlers are quite experienced; Jhulan Goswami is very experienced. And they are helping others from their experience. Apart from this, worship clothes and Meghna are also playing very well. We also have many more bowlers with Meghna and Pooja. We also have Shikha Pandey, which we have a lot of speed ball bowler. And the batting department is also good. Indian captain Mithali Raj said.

Giving information, Mithali Raj said that certainly there were two Test matches, and both Test matches were for us for the same year. In it we played a Test match in England and played against Australia in a Test match. When we play in the bilateral series, our regular feature becomes, and we have great advantage. This will move the entire woman cricket world with the women’s cricket team. When people play in different leagues, I get a good response. All my players would love to play in the long format. If this can happen then it would be very good for the Indian women’s cricket team.