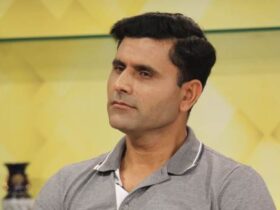 India avoids playing with Pakistan as they have fear losing: Abdul Razzaq

In this too, both the times the Indian cricket team lost all its wickets. Virat Kohli scored 79 runs in 201 balls in the first innings. And the second-highest score was from Cheteshwar Pujara who scored 43 runs in 77 balls. After this, in the second innings, Rishabh Pant scored 100 runs in 139 balls and Virat Kohli scored 29 runs in 143 balls. No one could get bigger scores than these.

After this, Russie van dan scored 41 runs in 95 balls. And thus with the help of the rest of the players, South Africa achieved the score of 212 runs in 63.3 overs by losing 3 wickets.