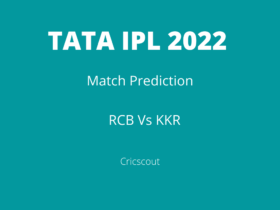 Sydney Sixers have played 6 matches in this tournament so far, out of which they have won five matches, and lost one match, due to which the team with 18 points are placed second in the points table, and on the other hand Brisbane. Heat have lost four out of their last 6 matches and won two matches. And with 9 points, the team is located in sixth place.

If we tell you the report of the pitch, then the pitch of Sydney Cricket Ground is a very dangerous pitch for the batsmen, due to which it is difficult for the batsmen to stay here for a long time. On the other side, we can say that this pitch is also harmful to the bowlers in a way because only spinners will be able to survive here. Therefore, fast bowlers or two breakers will not be able to perform very well here.

The Prediction of the Match

If we sum up the winning probabilities of both teams, the chances of Sydney Sixers winning today’s match are 59%, and Brisbane Heat winning this match is 41%.