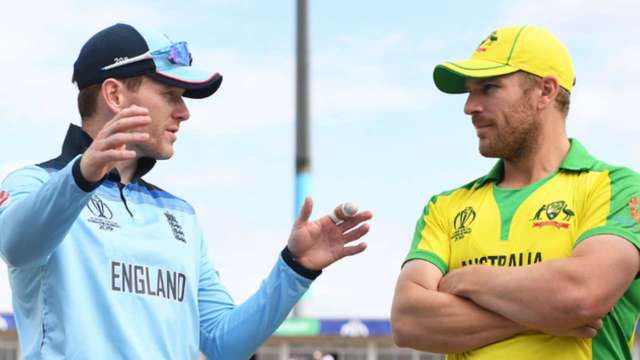 Match Prediction: Who will win the match between England Vs Australia T20 World Cup.

Australian cricketer and wicketkeeper Matthew has signup about his preparation with regards to the T20 World Cup 2021.

And he has not received any indication from the Australian Cricket Board, how he will play and in what order. But he has already started playing for the middle order.

When asked why he was doing this, he said, “I have known for a long time how they want me to play; they want me to be a player a year and am ready to play in us. And for that I am trying.”

Matthew Wade is currently in Abu Dhabi and has been quarantined for the second day of his six-day quarantine. And they were not included in the IPL and most of the players from Australia did not participate in the IPL.

He hasn’t played any major cricket since the disastrous tour of Bangladesh vs Australia in August, and has started preparing himself to prepare for the T20 World Cup since then.

When Finch was asked whether Matthew Wade is doing right, he said, “Warner and Matthew are ready to play in the T20 World Cup 2021 despite their long struggle. And Matthew Wade knows what order he’ll play and sit in that order.”

Giving information, Wade said that I am preparing myself to handle the middle and lower order batting boundaries.

Obviously David Warner is going to come and David Warner has also not played any series for a long time, so David Warner can play as an opener. Maybe Marsh along with David Warner go to play at the top of the order.

“If the Australian Cricket Board thinks that I will be needed at the top, then I will go to play for the top but in addition to this, I will also see in which order I am ready to play”

Matthew Wade said that I have not spoken properly with Finch, Justin Langer and George Bailey yet, and there have not been any clear conversations but I do know where I can sit within the team. And that’s why my training has worked for the middle and lower order.

He further said that I have known for a long time that my entire team wants me to play as a versatile player and in whatever order I get a chance to play, I can be useful to my team by playing in that orde