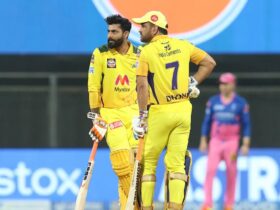 There are three players from the South Africa Women’s Cricket Team in this team. One from Australia, two from West Indies, two from England, two from India, and one from Pakistan, Woman Cricket Player is present in this team. England cricket team player heather Knight is leading this cricket team.

Heather Knight has been given the leadership of this team because She is the best player of the middle order, who has done the best performance for the England cricket team in 2021.

Heather Knight has scored 423 runs this year in 2021 and has scored 42 runs in almost every match. She has also scored 1 century in 2021 with respective of her 3 half-centuries.

And in her last played matches, She has also taken 5 wickets, which have been achieved at an average of 19.80.

Mithali Raj, who is the best player and captain of the Indian cricket team, has also scored almost the same number of runs and has scored from the same average. But Mithali Raj has not scored a single century in this year, but she has scored six half-centuries in total.

39-year-old Jhulan Goswami is also trying very hard to bowl at this time. She has taken 15 wickets in total in 2021, and her economy rate is 3.77, which is considered very good.