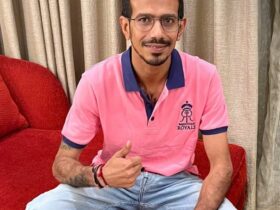 Moeen Ali performed brilliantly as a batsman for the England cricket team, scoring 51 runs in 37 balls. And for this he hit 2 sixes and 3 fours. After this David Milne scored 41 runs in 30 balls & was the second most successful batsman. And among the bowlers, Liam Livingston took 2 wickets in 22 balls and Chris Woakes also took 2 wickets in 36 balls.

In this way, the New Zealand cricket team achieved the target of 167 runs in 19 overs, for which they lost their 5 wickets & stopped the England cricket team for 164 runs. England takes the cricket team out of the tournament, and now the next match will be between Pakistan vs Australia.

In this match, New Zealand have made a very good performance and have traveled from the semi-finals to the final. And New Zealand should also be praised for EC.

After this, he got a target of 167 runs in 20 overs to win, which was not too much. And New Zealand did the same. He moved the target of 167 in only 19 overs and sent himself to the final.