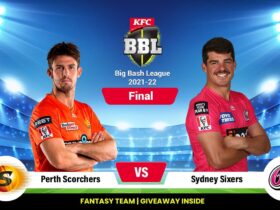 On Saturday, while talking to the media, Sourav Ganguly spoke his heart and spoke about Virat Kohli’s attitude, saying that he likes the Test match captain in the Indian cricket team and his nature is also very good for him. But Virat is of a very quarrelsome nature, so he fights a lot.

After denying Sourav Ganguly’s point, Sourav Ganguly said in a short reply that I like Virat Kohli’s approach very much. But he is of a bit quarrelsome nature, so Virat fights a lot.

Earlier, while talking to the media, Sourav Ganguly had also told that he had personally told Virat Kohli that he should not resign from the captaincy of T20, but the cricket world seems very confused on this matter because the board The statement of the President of Control for Cricket in India and the statement of the captain of the Test matches of the Indian cricket team contradicts each other a lot.

Something happened that when Sourav Ganguly went to which event in Gurgaon, then during that event he was asked which cricketer’s nature and nature he liked best? Then he replied saying that I like Virat Kohli’s attitude very much but I fight a lot.

After that I was also asked that as a normal person and as the President of BCCI, there will be a lot of stress in your life, so how do you get rid of this stress?