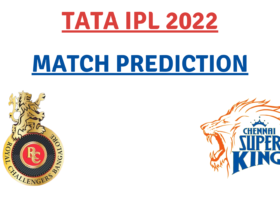 It is true that under the captaincy of Virat Kohli, we lost the match against Kolkata Knight Riders by 4 wickets which was a match of Laminator. But still, as a captain and a leader, Virat Kohli has always shown the right direction to Royal Challengers Bangalore. Fast bowler Harshal Patel while praising Virat Kohli said that we should thank Virat Kohli for the contribution he has made.

Just because Virat Kohli doesn’t have the title of captaincy, he can’t escape being our leader. He will always be our leader. His absence as a captain cannot weaken his leadership. Whenever I used to stumble anywhere, Virat Kohli has always supported me. For me he will be the best captain and the best leader.

I have learned a lot from Virat Kohli since 2012 and I am thankful to him. And if we talk in terms of captaincy, there are captains and there are leaders as well, but Virat Kohli is a leader and he will always be. Harshal Patel said this in a press conference.

Under the captaincy of Virat Kohli, Royal Challengers Bangalore reached the final in IPL 2016. And it was Virat Kohli who scored the most runs in a single season and got the award as the highest run-scorer.