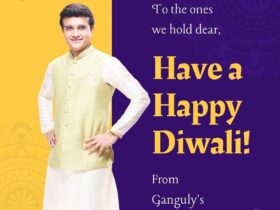 Virat Kohli fights a lot, but I like his nature says Sourav Ganguly

On the occasion of Ravi Shastri completing 4 years as the coach of the Indian cricket team, Shastri praised Virat Kohli and said that he is a very good ambassador for the game of cricket.

Especially K is the best ambassador for red ball cricket. The Indian cricket team may not have won the ICC T20 World Cup 2021 this time, but this World Cup Team India will win next year.

Team India has won by 9 wickets in their last ICC T20 World Cup 2021 match against Namibia. Ravi Shastri was appointed as the squad director of the Indian cricket team in 2014.

When Ravi Shastri was asked in a video virtual press conference whether all the players in the Indian cricket team support each other, Ravi Shastri replied that we are all working collectively on this.

And to support each other, we need communication. We don’t walk around pointing fingers at each other’s players.

We have created such an environment in the middle of the team, from which all the players have to obey and also have to follow it.

Further, Ravi Shastri told that Indian cricket team player Virat Kohli has become a star in the best cricket today. And if we talk about the red ball, then there will be no better cricket ambassador than him.

He has encouraged the entire team to play at their own pace. And no one has been forced to ask for anything; as a result, wherever you do some good work, you get it later in the credit.

This has become the culture of our Indian cricket team, which all the players follow and they all follow it wholeheartedly. He has played international matches very fearlessly.