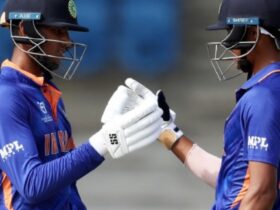 James Pattinson managed himself even after the injury and James Pattinson has played 21 Test matches, 15 ODI matches, and has played four T20 Internationals in addition. Due to James Pattinson’s back injury, he was facing problems in the game and he was unable to pay attention to his family due to the international cricket match. That’s why he said that I want to retire because I want to focus on my family and stay in my state and play for the country.

Starting in 2011, Pattinson played brilliantly leading to Australia’s win against New Zealand, and played his last ODI in September 2015 but has since injured his back and have not played any ODI matches since then. He played his role in the 2019 Test cricket but that role was very small.

Before the pre-season, I thought that I would give a wonderful break to my career by playing the role in the Ashes Test series. But I did not do any kind of preparation for the match, and I do not feel right to go to the match without preparation and now I want to focus my attention only on domestic matches except international matches. This information was given by James Pattinson on Thursday.

I would definitely like to be a part of the Ashes Test series, but if it happens then I will have to do justice for me and my team because I would like to play matches only if I can give my 100 percent in any match. If I can’t do that then I don’t want to play that match.

I don’t want to play a match in a position where my body doesn’t support me 100 percent while batting and if it doesn’t happen then it will be very bad for me and my team.

So instead of playing big matches, I focused on myself and found out that I only have 3 or 4 years of cricket left, and therefore I should focus more on Victoria and educate and develop my sons more. I need to put some more effort into the development of my boys. It is better to spend more time with my family than playing a match against England.