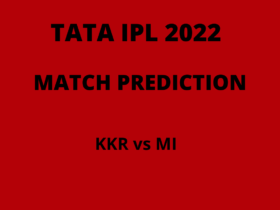 Scotland beat Papua New Guinea by 17 runs to take the Super 12 a step further, with Scotland thanking Rebecca Downey, a 12-year-old girl who designed their team’s jersey, for her achievement Today the Scotland cricket team is playing the T20 World Cup 2021 by designing the jersey for the team and wearing it as it is designed.

Scotland defeated Papua New Guinea by 17 runs in the T20 World Cup match on 19 October and due to this they have taken a step further in the Super 12, they have achieved their second consecutive win, and they have won their first. Against the Bangladesh cricket team, it was a spectacular victory, and on this auspicious occasion, the Scotland cricket team thanked 12-year-old Rebecca Downey as she designed the jersey for the Scotland cricket team.

This is Scotland Cricket Kit Designer,

She has been watching this T20 game continuously since our first game.

And is proudly supporting this t-shirt which she has designed herself.

If we talk about the match between Scotland and Papua New Guinea, then this match was won by Scotland by 17 runs.

Like Scotland, the name of the highest run-scorer from the side was Richel Berrington, he played an innings of 70 runs in 49 balls, for which he hit 3 sixes and 6 fours. After this, Matthew cross scored the most runs. He scored 45 runs in 36 balls and hit two sixes and two fours, and then the highest run-scorer was named George Munsey. He made a score of 15 runs in 10 balls and for this, he hit 3 fours.

No other player scored him better and in the end, all the players together scored a score of 165 runs, and the name of the player who got the highest wicket from Scotland was Josh Dave. He performed very well by hitting 4 wickets by leaking only18 runs.

If we talk about Papua New Guinea, then the highest run-scorer there was Norman Vanua, he scored 47 runs in 37 balls, for which he hit 2 fours and 2 sixes. After this, Kiplin Doriga and Chad Soper, Assad Vala, all these players scored few runs and the whole team was all out for 148 runs. Thus Scotland won by 17 runs over Papua New Guinea.

But at the end of the day, the girl named Rebecca Downie was so happy with her creation of the jersey of Team Scotland. Scotland has scored 2 wins against PNG and Bangladesh. This is not that easy task to do but Scotland has achieved its score for that. Scotland heading toward the Super 12 teams from group B of the first half.