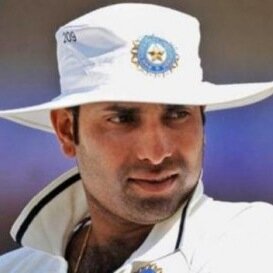 VVS Laxman has played 134 test matches in his international career, played 86 ODI matches and scored 11119 runs; he is the former player of the Indian cricket team to do this on the occasion of his birthday.

Apart from this, Wasim Jaffer also tweeted saying that a very happy birthday to VVS Laxman, we hope to be always happy and successful.

Apart from this, Dinesh Karthik said while vetting that he was a reliable batsman and whose personality was very good and who played very well on the field and the effect of his words has always been invaluable.

Even after this, Ishant Sharma also tweeted saying that many many congratulations to VVS Laxman on his birthday.

After this, Ajinkya Rahane tweeted saying that many congratulations to a special player on his birthday who is also a very special player of the India team and is also a mentor VVS Laxman Wishing you all the very best for your health and happiness.

VVS Laxman announced his retirement in 2012.

VVS Laxman has played many such matches in his cricket career which is very memorable. Today VVS Laxman plays an advisory role in the Indian cricket team and even today vvs Laxman is a very big name in Indian cricket.

VVS Laxman played his first match in the Indian cricket team on 20 November 1996. And today VVS Laxman also does the work of commenting in various matches.

VVS Laxman has played amazing matches in his international cricket career, due to which his importance has not diminished even today.