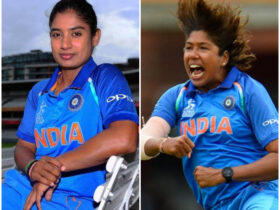 The auction work of IPL 2022 is almost complete on 1st December 2021. Where 23 cricketers have been bought in IPL, and the remaining four players are yet to go to buy. Altogether 8 IPL franchise teams will play this time in IPL 2022, the players who are left and the players who have not been bought will be invested in the team of Lucknow and Ahmedabad.

Mumbai Indians is a team that has kept four players capped players, which include Rohit Sharma, Suryakumar Yadav, and Kieran Pollard, Bumrah, so 42 crores will be deducted from the pocket of Mumbai Indians.

This uncapped system has been kept so that new players in every team also get a chance to play and those players perform well and get the chance to earn the respect from the world. The old players have become famous in the same way, but at present, some new players are also joining the IPL, who will get a chance to perform only if they are bought or booked by any franchise team.