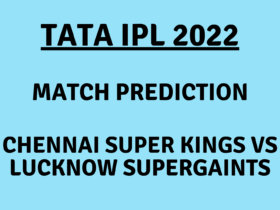 If we talk about the role of Delhi Capitals in the match of Qualifier One, then it was very good as a batting, and very bad as a bowling. In the form of batting, Delhi Capitals had raised a mountain of 172 runs against Chennai Super Kings.

Prithvi Shaw was the most successful batsman from Delhi’s side where he scored 60 runs in just 34 balls, for this he hit 7 fours and 4 big sixes. After this, Rishabh Pant, who is the captain of Delhi Capitals, also performed very well and scored a big score of 51 runs in 35 balls & for this, he used three fours and two sixes.

If it is said about Rishabh Pant, he gave a very good performance and he remained not out till the end. Apart from this, Shemron Hetmyer also scored 34 runs while performing very well. Even after this, Delhi Capitals lost their qualifier one match, because he failed to defend his mountain-like score. And he leaked 173 and that too in just 19.4 overs.

Now if we look in terms of bowling, Delhi Capitals performed well but still they could not defend their score of 173 runs. Tom Karan took the most wickets for Delhi Capitals. And he took 3 wickets giving 29 runs in 3.4 overs. Apart from this, Avesh Khan, Anrich Nortje took one wicket each. Kagiso Rabda and Axar Patel and Ravichandran Ashwin did not take any wickets.

If we talk about Kolkata Knight Riders, then they have managed to emerge the most by themselves in the second leg match of IPL T20 2021. Kolkata Knight Riders have won six of their eight matches, which have been played in the UAE. And they have also won the Eliminator match which was played with RCB, and they won that by four wickets.

Playing for Kolkata Knight Riders, Sunil Narine took four wickets for just 21 runs in 4 overs and then Lockie Ferguson took two wickets. For which he gave 30 runs in four overs.

After this, if we talk about the batting of Kolkata Knight Riders, then he was fine as he spent 19.4 overs to achieve the score of 139 runs, and became the highest run scorer from Kolkata Knight Rider’s side. Shubman Gill joined, where he scored 29 runs in 18 balls, for which he hit four fours.

After this, Venkatesh Iyer, performing very well, scored 26 runs and Sunil Narine also scored 26 runs in 15 balls and for this he used 3 big sixes, and after this, Nitish Rana scored a score of 30 runs.

If we predict India’s match, then according to our calculation and deep analysis, Delhi Capitals should win today’s match because Delhi Capitals has emerged as the best player, not the entire tournament, and they have made themselves capable of this. So that he can become fit to play the final match. There can be many other reasons behind Delhi Capitals winning the match, such as-

Probability of both teams winning