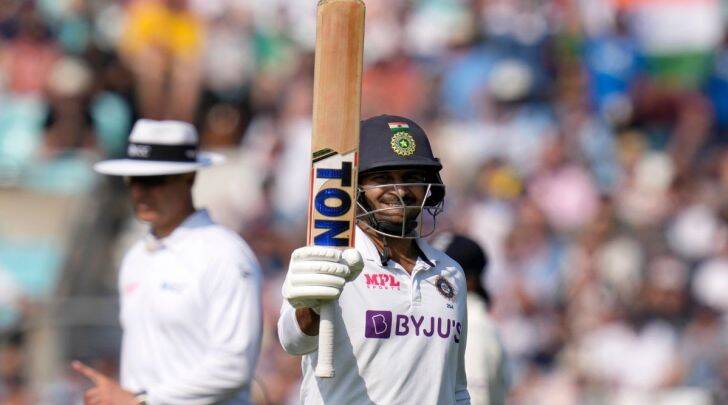 Shardul Thakur played a brilliant innings, and scored his third half-century in Oval

Mithali Raj achieved her milestone on Tuesday, 21st September, where she completed his innings of 20,000 runs in all international formats of cricket, playing an innings of 10 runs in 107 balls in the first innings of his ODI match. This is the highest score by a female cricketer till date. Mithali Raj is the captain of the Indian women’s cricket team.

Mithali Raj accomplished this feat at  Harrup Park, Australia. The first match of the three-match series of ODI matches with India was being held in Australia. Mithali Raj played an innings of 61 runs in 107 balls. He helped the Indian cricket team to put up a great score of 225 runs for eight wickets.

Darcy Brown took 4 wickets to stop India’s score chariot, where India stopped the innings of 225 runs due to Darcy Brown.

Australia also came back very well with their bowling as they dismissed Shefali for 8 and Mandana for 16 and India lost 2 wickets for 38 runs in the sixth over.

After this, both Yastika and Mithali Raj came together on the pitch and they shared a partnership of 77 runs for the next wicket and took India’s score chariot forward.

Darcie Brown also dismissed Bhatia in 26 overs. Bhatia had scored 35 runs and he lost his wicket at the hands of Darcy Brown.

Even Dipti Sharma wasn’t able to perform well either. And scoring only 9 runs, Darcie brown has taken the wicket of Dipthi Sharma as her fourth wicket. Thus India played an innings of 129 runs for 31 overs where their four wickets had fallen.

Mithali Raj may have played an innings of 61 runs, and scored 1 half-century, but she did it in so many balls, it can be discussed. That he scored so many runs at such a low run rate.

After Mithali Raj, no Indian player has performed better. And all kept falling out like autumn leaves.

When Mithali Raj completed her innings of 20,000 runs, she took off her helmet and thanked the audience and congratulated them.

On one hand, where people are happy with this achievement of Indian women’s cricket team, on the other hand questions are being raised about the poor performance of Indian women’s cricket team at  Harrup Park ground, there it can also be said that not every match is won every day. . But still performance is everything, that too in a country like India where people love cricket so much.