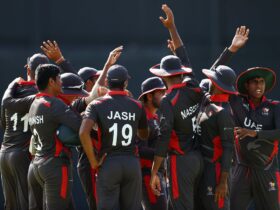 Indians are very fond of watching cricket. They go to watch cricket matches live in the stadium

wherever it is being held and also even go overseas to watch their favorite player play cricket.

Today’s Match is going to be between Delhi Capitals and Sunrisers Hyderabad.

It is the 33rd match of the Indian Premier League (IPL) 2021. In this article, we are going to see the prediction of who is going to win today’s match Delhi Capitals or Sunrisers Hyderabad. We will also see toss prediction and live score with ball-by-ball prediction.

Delhi Capitals have won 6 matches out of 8 matches to date. It was holding the first position on

the points table until Chennai Super Kings won the match against Mumbai Indians.

IPL 2021). Ravi Ashwin and Shreyas Iyer are back on the team in the second half of the Indian

in the first half of the Indian Premier League (Vivo IPL 2021). Shikhar Dhawan and Prithvi Shaw

are the leading batsmen of the team. Marcus Stoinis, Shreyas Iyer, and Rishab Pant will handle

the middle order of the batting in the Delhi capitals team.

team are not going to perform in the second half for the Indian Premier League (Vivo IPL 2021).

Performance of 1-on-1 matches against Delhi capitals versus

Delhi capitals have the best team in Indian Premier League Vivo IPL 2021. They have performed very well and have won 6 matches till date and is at second position at the points table.

The batting players are also the best players in the team so the chances of winning today’s match for Delhi capital is very high.