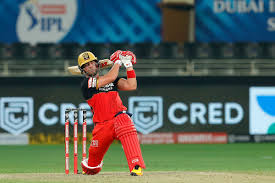 Suresh Raina, the former Indian cricket team and the most dangerous batsman of the IPL, was sold last time for Rs 2 crore, and who was being bought by the best IPL franchise team Chennai Super King, could not be sold this time. Whenever there was an IPL tournament, Suresh Raina used to come up to number four almost every time, who would have scored the most runs. And his average was even better than Rohit Sharma.

The brilliant player and fast batsman of an Australian cricket team, also known as the run machine, could not be sold this time in IPL auction 2022. His 2021 tournament did not go well where he scored 152 runs in 6 matches at a strike rate of 112. And his average was also 25 runs.

His performance was very good but the franchise teams will not be able to determine which team Suresh Raina should be bought by. Although the base price of Steve Smith was 2 crores, due to which many people must have had trouble buying them.

Australian cricket team’s Test match captain Aaron Finch could not sell this time in the IPL auction 2022. The initial bid for them started from 1,50,00,000. But he was not bought by any team. The last time he played for Royal Challengers Bangalore, he did well, and in the 2021 season also he did very well where he scored 268 runs in 12 matches.

When the entire team of Kolkata Knight Riders was scattered like autumn leaves, then Eoin Morgan took charge of the batting and scored good runs.

Shakib Al Hasan is the best Czech all-rounder on the Bangladesh cricket team. And he has been included in the list of ICC’s top best all-rounder. In the ICC rankings, he comes in second place for T20. And Shakib Al Hasan is a great player for batting and bowling. But still, Shakib Al Hasan could get sold time also. The starting price of Shakib Al Hasan was ₹2,00,00,000. And he last played for Kolkata Knight Riders. But he had scored 27 runs in his eight matches in his last tournament and took only four wickets.