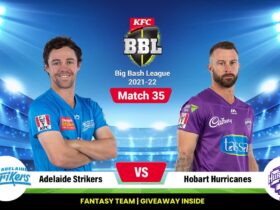 A variety of controversial statements have come to the fore for the Ashes match to be held in Australia, keeping an eye on which only England has only one week left, in which they will have to decide whether to play the Ashes in Australia or whether they will be able to play the match on schedule, or the England Cricket Board will have to request the Australia Cricket Board to move this Test series forward.

Similarly, the England Cricket Board has also said that we have talked a lot with our players so far and by this week we will give you all the information whether we are going to Australia to play this match or not.

It is to be known that various types of problems have come to the fore for the Ashes match played in Australia, one of which is the law of Australia which Australia has made very strict for citizens of any country coming from outside, due to Corona virus.

Australia, keeping an eye on the corona virus, the epidemic that is spreading due to the corona virus and for the safety of its players as well as the countrymen, Australia has made very strict rules which can be a little harmful for the England cricket players.

Under this, the England Cricket Board said that they will decide in this week that the players of the England cricket team cannot go to Ashes, and if they can go, they may have to face such troubles.

The English Cricket Board has said that the Australia cricket team has put in place very strict rules for anyone coming from outside their country because they still have a high fear of the disease spreading from the corona virus and Australia’s Prime Minister Scott Morrison also said that Australia has not yet fully vaccinated in its country and till this time has not even crossed the limit of vaccination where antibodies start forming in people on their own.

If all this vaccination work is done in Australia by December and more than 80% of the citizens in Australia get the vaccine, then Australia can reduce the strictness of that rule on citizens coming from outside their country, But until then it will be difficult to expect Australia to make any changes in this law due to corona virus in any way.

Today, when the English cricket team Ashes Test series is going to be inaugurated soon and soon the Australian cricket team and England cricket team will be seen face to face in the Ashes Test match, then the sight will be worth seeing.

But to see this sight, the Indian cricket team will have to go to Australia. The players of the England team have said that they will not be able to go to play Test series without their family, because Christmas is coming in December and no Christian family is able to celebrate Christmas well without being with their family. Is.

But today the English Cricket Board has said that it will settle this dilemma quickly and in just 1 week this information will be conveyed to the general public whether the England cricket team will be able to reach England at the right time to participate in the Ashes Test series or not, Or else the England Cricket Board will have to request the Australian Cricket Board that they may have to extend this Ashes Test series a little further. We will know about this after a week.